Although St John’s CE Primary School may look like the ‘new kid on the block’ with our award-winning new school building, it may come as a surprise to learn that we have been educating and caring for children in the local area for almost two hundred years!

The history of the founding of St John’s School begins in 1817 when Blackpool was still a village with a population of around 750. As there was no educational provision in the village for children of the area, John Gisborne raised subscriptions from fellow residents, friends and visitors in order to found Blackpool’s first free school.  A school building was erected on a plot of land on Church Street (formerly known as Poulton Road) and has, apart from a couple of years during re-building phases, remained on its present site for almost 200 years.

St John’s opened in 1817 with 40 pupils and was known as Blackpool National School but over time became, the more familiar, St John’s School. As the town grew, with the coming of the railway, so did the number of pupils on roll, and by 1884 there were 465 children at St John’s; hard to believe when looking at the size of the old buildings! Various re-modelling and re-building of the school has taken place over the years (we still had outside toilets into the 1970’s) until in 2009 we moved into our wonderful new building, complete with rooftop playgrounds with magnificent views over the sea and the attractions of Blackpool.

Over the past two centuries, St John’s has welcomed children from all over the local area and beyond even taking in evacuees from London during the Second World War and from the Suez-zone in the 1950’s. And so, if you decide to choose St John’s as the school for your child, you can be sure of an extremely warm welcome and we look forward to seeing you soon.

(If you are interested in a more detailed history of the school we have a booklet, with many photographs of the original building, available from the school office). 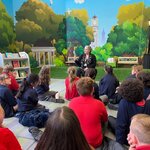 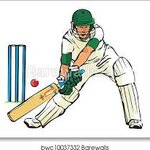 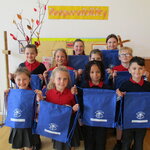