Please read our pen profiles below to find out a bit about us!

Dave was originally appointed by the Local Authority in January 2003 and has subsequently been re-appointed.  His experience as a retired employee from BAE Systems has come in useful in his role as Chair of our Resources Committee.  He is very committed to his work within the community and is therefore our Community Cohesion Governor. He was awarded an MBE by the Queen in 2008 for his 37 years service to the Blackpool Boys and Girls Club. Dave loves watching Blackpool FC, listening to the Rolling Stones and relaxing on long walks with his dog.

Colin is an Assistant Principal at a successful local secondary school in Lancashire and works closely with a number of Blackpool schools throughout the Fylde Coast. His experience in curriculum and pastoral leadership, as well as his interest in the equality of learning and the Pupil Premium makes him a valued member of the Governors Team.

At first Gary was a Parent Governor with one daughter at St John’s and when his term of office ended in 2013 he became an Associate Governor.  Luckily for St John’s a vacancy arose and he is now back on the Governing Board as a Foundation Governor.  He is Vice Chair of the Governing Board and Chair of the Curriculum and Standards Committee.  He is the nominated Governor for Standards and Achievement, and Attendance.  He is also our Link Training/Mentor Governor and as such liaises with the Local Authority to secure and promote training and mentor new Governors.

Lauren is one of our Foundation Governors.  As an ex-pupil of St John's she went on to study history at University and is now a Humanities teacher at a local secondary school.  Her interests are dog-walking, reading and keeping fit.

Julie is a Foundation Governor who currently has two children at St John's.  She works at the Centre for Early Child Development and is studying in her final year for a BA Hons in family support and well-being.  Julie also volunteers for a local charity, supporting families across Blackpool.

I have lived in Blackpool all my life apart from my years at University in Chester. I have had the pleasure of teaching in Blackpool schools for 30 years and I am currently Head teacher at St John’s CE Primary School, having been Deputy Head for 15 years. My passion is to ensure all children strive to reach above and beyond their full potential through skilled learning opportunities, provided by highest quality teaching.

Karen has been a Governor since 1999 both her children were pupils at St John’s.  They were the third generation of her family to attend the school.  She has been reappointed three times.  She is the Chair of the Governing Board and as such has responsibility for Safeguarding and Child Protection, and SEN/ Inclusion.  She works for the NHS.  Karen is a member of Blackpool Cricket Club and watches the team on a regular basis, as well as dog walking.

Reverend Steve has been a Foundation Governor since he took up post as Vicar of St John’s Church in February 2017. He works very closely with school to enhance and develop links between the church and school community and ensure that the Christian ethos of the school is maintained. He is a regular visitor at school where he leads worship and is committed to developing our children’s spirituality. His nominated Governor role is staff links Governor.

I am a parent governor and work in a Lancashire Primary School as a Key Stage Leader. I am passionate about helping and supporting young people achieve their best through education and having the very best opportunities for them to succeed. 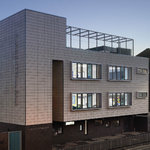 Class 3 Dancing to the 'Blackpool Way' in Stanley Park 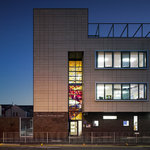